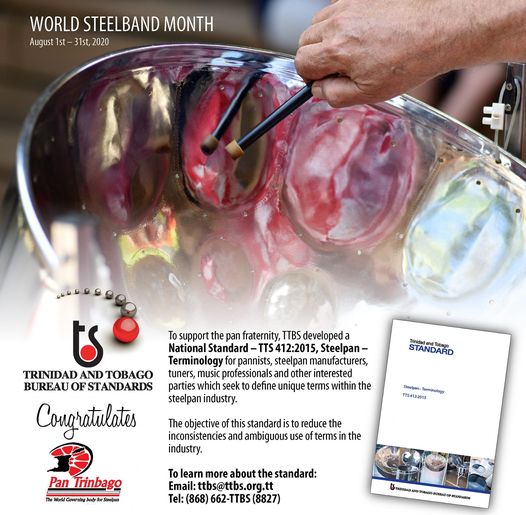 30. August 1992 - Steelpan became the national instrument of Trinidad and Tobago

TTBS developed a National Standard, TTS 412:2015, Steelpan – Terminology for pannists, steelpan manufacturers, tuners, music professionals and other interested parties which seeks to define unique terms within the steelpan industry.
The objective of this standard is to reduce the inconsistencies and ambiguous use of terms in the industry.”