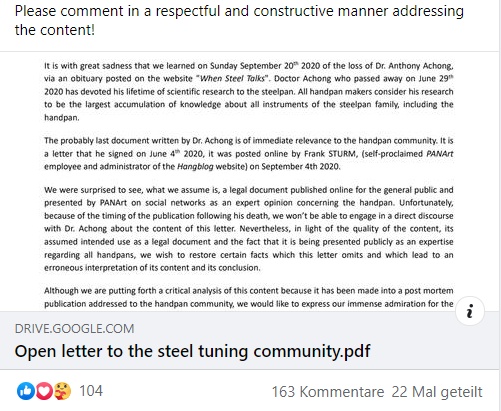 “However, all the arguments and questions raised remain unanswered. The formally scientific contribution is publicly torn in the air on Facebook by the semi-official PANArt spokesman Frank Sturm. Not a single argument is discussed.”  Translated with DeepL,
Source: https://pan-lab-vienna.at/timeline-panarts-klagen/

A Spanish translation of the Open Letter / on www.handpan.es appears a short time later.